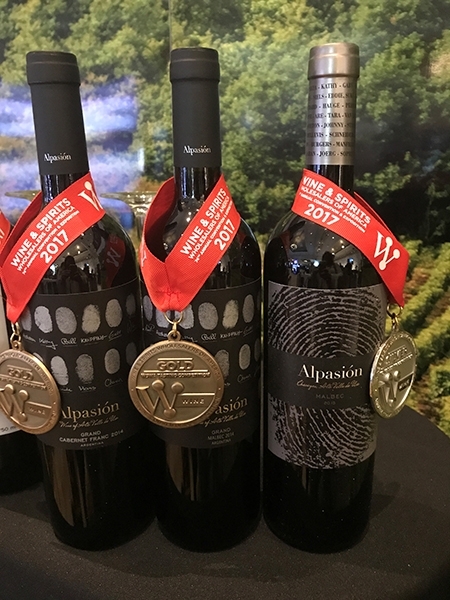 We are pleased to announce that Alpasion was given 2 Gold Medals and 1 Silver at the 74th Annual Wine & Spirits Wholesales of America (WSWA) Exposition that had taken place in Orlando Florida (April 18-21st)!

We will be featured in the July 2017 issue of The Tasting Panel Magazine, but until that is out, here is an image of our awards!

As they say, can you “taste the excitement”?

Join our mailing list to be the first to hear the latest news about our wines, the lodge, restaurant and events.

No spam, unsubscribe at any time, max once a month.

This site uses cookies. By continuing to browse the site you are agreeing to our use of cookies.

Thank you for contacting Alpasión

Thank you for your interest to be part of Alpasión